It was a day of celebration at CCRMC as the 2010 Change Agent Fellows presented what they've discovered on their journey over the last twelve months. 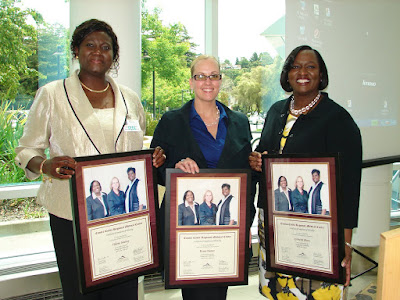 The fellows began the year by asking simple yet powerful questions such as: why are people waiting for service, can we bring patients into the center of our decision making processes and where oh where are all the scrubs going?

You may think these are basic questions, but as the fellows began to question the assumptions that are embedded deep in our systems and challenge us to test news ways of doing things, they drove powerful change across our system. To learn more about their journey, you can read each of their stories on iSite. I will post links to them here as soon as I get them up.

My deepest gratitude to the fellows and to all of you who have made this first leg of their journey truly transformational not only for the fellows but for us all.
Anna 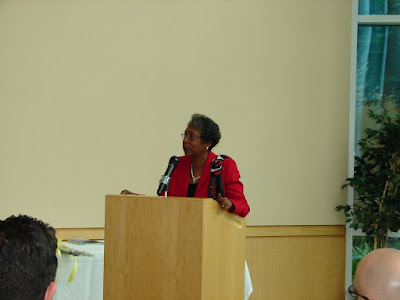 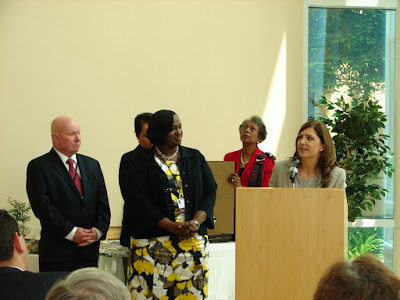 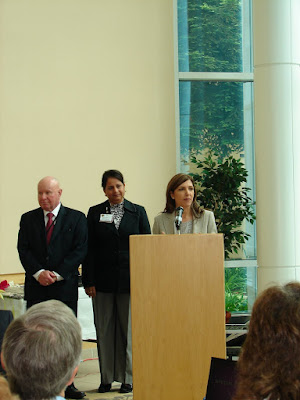 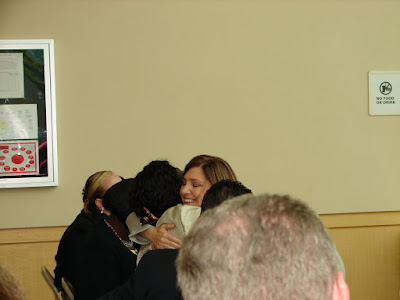 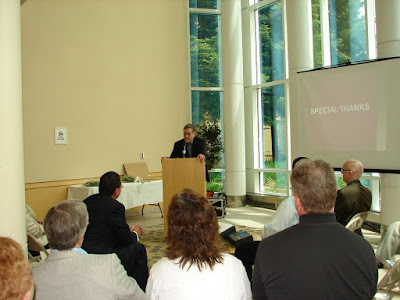 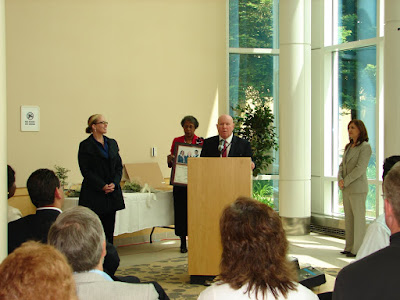 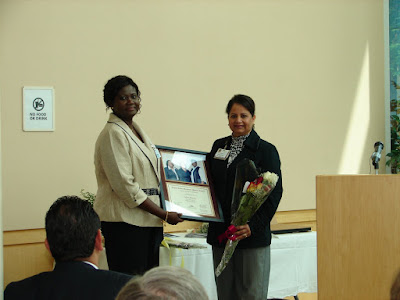 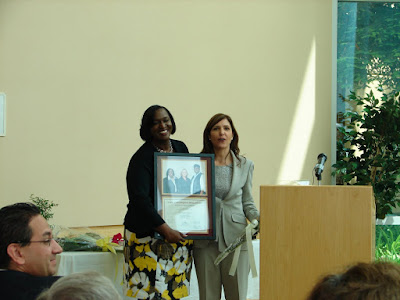 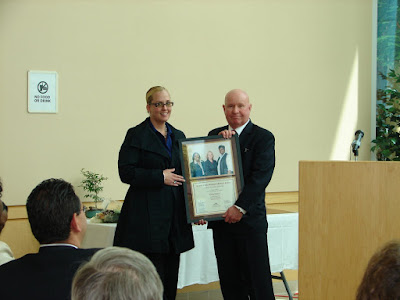 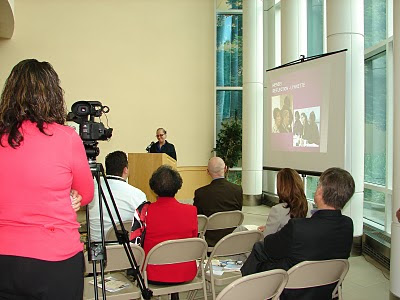 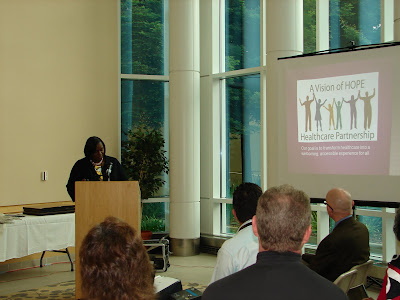 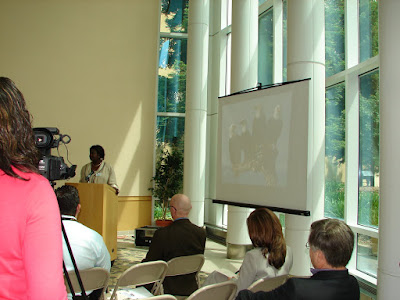 Every 40 Seconds Someone in the World Dies by Suicide

On June 26, 2010 I will join thousands in Boston Massachusetts who are taking steps to save lives. The goal of this journey, which will begin at dusk and finish at dawn, is to raise funds for suicide prevention. I will help end the silence and erase the stigma surrounding suicide and its causes, encourage those suffering from mental illness to seek treatment, and show support for the families and friends of the 30,000 Americans who die by suicide each year. Suicide is the third leading cause of death among teens and young adults and the second leading cause of death for college students.

Please come and walk with us. You can register for the walk here, or if you like, you can support me by going to my page here.

Unfortunately the list goes on. To learn more you can visit the AFSP website here.
Posted by Anna Roth at 2:54 PM No comments:

Dangerous Book of Heroes "Notes" the Contributions of Florence Nightingale

I think one's feelings waste themselves in words; they ought all to be distilled into actions which bring results. ~Florence Nightingale 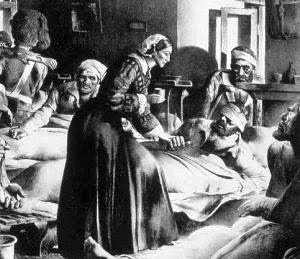 For those of you with children, or perhaps those of you who are hopelessly young at heart, I want to share a discovery I made this week. It's about the latest offering of 'Dangerous' books. These are little books that I read with my children that share essentials of things every boy (and girl) must know, such as how to make paper airplanes or how to make a water bomb. My daughter has her own copy of The Dangerous Book for Girls. Rather than focus on the section she refers to as the pretty section, she directs her attention to subjects like negotiating your salary and history.

We love these books so we grabbed it off the shelf. I was pleasantly surprised as I read the most recent 'Dangerous' offering and there she was, Florence Nightingale!

I could not agree more. I'm delighted to see the inclusion of this amazing leader and contributor to the improvement of health and health care. She is the woman whom many call "The Lady with the Lamp" after her habit of making rounds at night to tend injured soldiers. Yet Florence Nightingale was much more, she was a statistician, she was a change agent and she was willing to stand up for what she believed in. In 1859 Nightingale, considered a catalyst of modern professional nursing, was the first elected female member of the Royal Statistical Society and she later became an honorary member of the American Statistical Association.

From some of her earliest writings you get a sense of her commitment (and style) to tear down the walls of silence in hospitals and introduce a new way to care for the sick. She focused on measurement and science and she had an uncanny way of telling a story. She didn't bother to sugar-coat her message. She drove change in a pragmatic and sensible fashion. In Notes on Nursing, What It Is and What It Is Not, she writes,

A short time ago a man walked into a back-kitchen in Queen square, and cut the throat of a poor consumptive creature sitting by the fire. The murderer did not deny the act but simply said “It’s all right.” Of course he was mad.

But in our case, the extraordinary thing is that the victim says, “It’s all right," and that we are not mad. Yet, although we “nose” the murderers in the musty unaired, un-sunned rooms, the scarlet fever which is behind the door, or the fever and the hospital gangrene which are stalking among the crowded beds of a hospital ward, we say “It’s all right.” pp 6

She writes these notes on Ventilation and Warming, but she pushes at the very core of deep issues in hospitals and medicine (a broad stroke at the medical establishment itself, not simply physicians). Her writing is direct and unapologetic. If you've never had the opportunity to read them, I highly recommend both "Notes on Nursing" and "Notes on Hospitals." You'll discover that Florence Nightingale was undeniably a pioneer in quality improvement.

A courageous leader who refused to settle, indeed Florence Nightingale has earned her place among heroes. 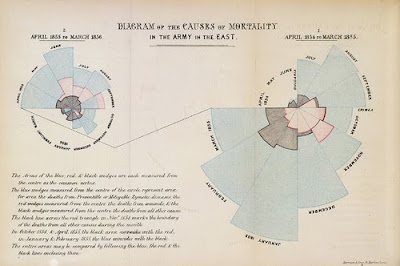 Nightingale created many novel graphics to present statistics that would persuade Queen Victoria of the need to improve sanitary conditions in military hospitals. The area of each region shows the number of soldiers who died of wounds, disease, or other causes, during each month of the Crimean War. Credit: Public domain
Posted by Anna Roth at 10:17 AM 1 comment: 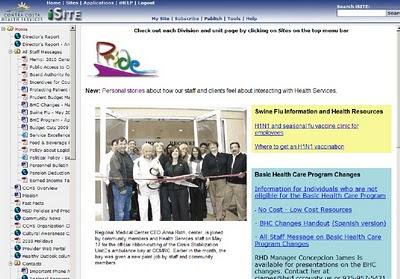 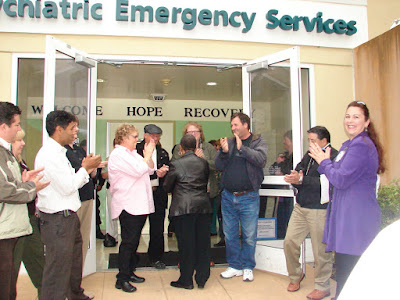 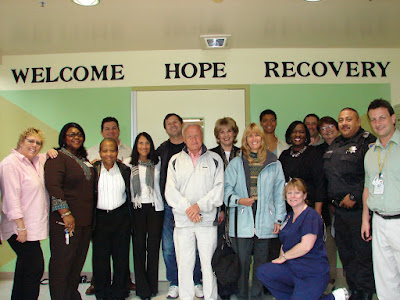 You can find the Thursday Kaizen Daily Update here. 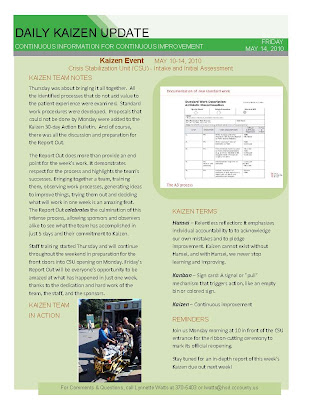 Behavioral Health Kaizen One Report Out is Tomorrow/Friday at 10:00AM in the CCRMC Lobby

You can find the full Tuesday update here. 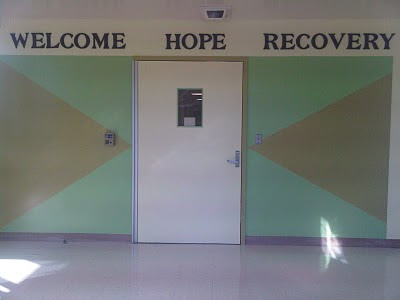 Greetings,
If you have a chance stop by the ambulance bay of the CSU, members from our community are volunteering their time and talent giving the CSU entrance a "face lift." I encourage you all to "go and see" and say hello as this wonderful project takes form.

I'll keep you posted and look forward to seeing you all at the next Behavioral Health Kaizen Report Out on Friday, May 14 at 10:00 AM in the CCRMC Lobby.

Below are pictures from today's painting:
Joy can do this with her eyes closed. She did teach me how to do this without making a mess. 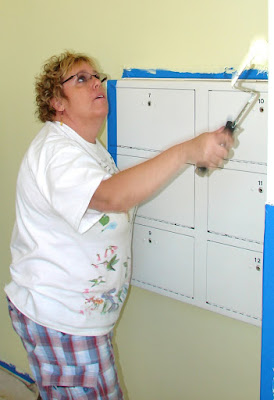 They did humor me and let me help a tiny bit. I enjoyed painting but conceded and left it to the talent! 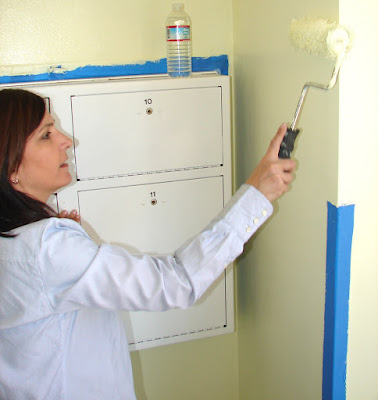 Once you start painting it is difficult not to keep noticing every little spot. I couldn't pull myself away. My deepest gratitude to Brenda Crawford and Dave Kahler for their leadership of this project. 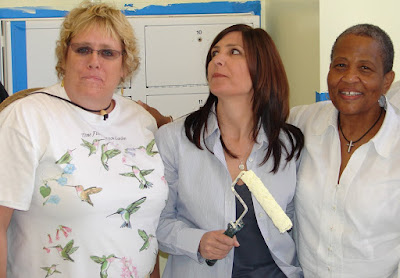 Thank you to the medical staff office for my birthday song (and cake) and to all who joined in the celebration of the work of the amazing artists who are dedicating their time, skill and spirit redesigning the entry of the CSU!
Posted by Anna Roth at 2:33 PM 8 comments:

Email ThisBlogThis!Share to TwitterShare to FacebookShare to Pinterest
Fantastic new video from Children Now, the Children's Partnership, and Children's Defense Fund. Many thanks to the Community Clinic Consortium for posting this on their Facebook page. Enjoy!