Eliminating harm: The science of delivery 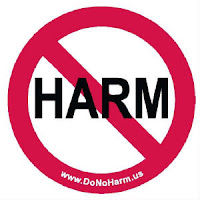 What would Deming say about this?

Two studies released back to back this month found a lack of significant change in eliminating harm due to medical error within the samples studied.

In a second study conducted over a six-year period at 10 randomly selected hospitals in North Carolina using the IHI Global Trigger Tool, internal reviewers identified 588 instances of patient injury among 2,341 admissions, for a rate of 25.1 per 100 admissions. Of the 588 instances of harm identified by internal reviewers, 63.1% were classified as preventable. Injuries involved procedures in 186 cases, medications in 162, nosocomial infections in 87, other therapies in 59, diagnostic evaluations in seven, and falls in five; other causes accounted for the rest. Most of the adverse events were temporary, requiring either intervention or initial or prolonged hospitalization, although 8.5% were life-threatening, 2.9% were permanent, and 2.4% caused or contributed to death. Researchers concluded there were no significant changes in the rate of overall harms identified by internal review, or in the rate of preventable harms, over time.

Although this may feel discouraging, I believe there is a unique opportunity before us. We are, without question, at a point in history where change is not only possible, it's inevitable. These studies point to the gap in what is known about "how to" deliver evidenced-based health care reliably to the public. "We spend two pennies trying to deliver safe health care for every dollar we spent trying to develop new genes and new drugs," Pronovost told USA Today earlier this month. "We have to invest in the science of health care delivery." I agree that there is more we can do with a systematic approach. We can and should look to other countries who have taken on such efforts on a national scale. I believe we are better positioned than we have ever been to transform the experience of care in our nation. We must let go the old ways of thinking and challenge the self imposed limits we have come to accept and believe about what is possible.

"It is not necessary to change. Survival is not mandatory." -W. Edwards Deming

To my first question, what might Deming say to us? Although we will never know, we needn't look far to find clues to what his position might be.


Here are the studies below:


US Department of Health and Human Services. Office of Inspector General. Adverse events in hospitals: National incidence among medicare beneficiaries.
Posted by Anna Roth at 6:16 PM